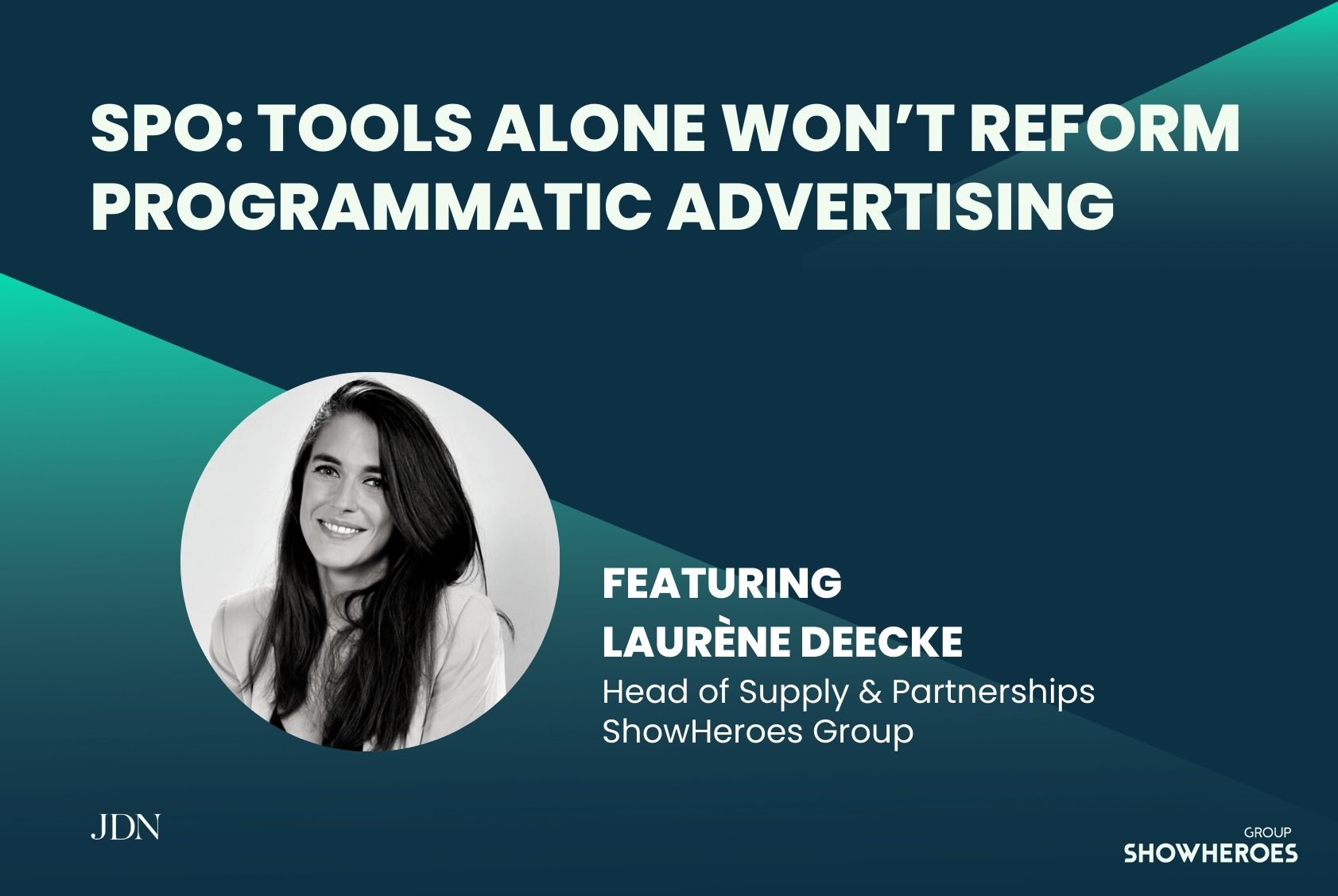 This article by ShowHeroes Group’s Laurène Deecke was originally written in French and published on JDN. You can read the original here.

In 2023, programmatic advertising will continue to expand rapidly, accounting for 82% of transactions in the digital advertising industry. This exponential growth has gone hand in hand with the market becoming more complex, sometimes to the point of undermining its effectiveness. To make programmatic simpler and more efficient, SPO strategies are being implemented throughout the programmatic industry. SPO is now facing new challenges.

A 15% ‘leak’ of investment along the value chain

The rapid development of programmatic advertising in recent years has attracted countless players, intermediaries, and technology providers. The market has become increasingly complex and fragmented, to the point where today only 51% of the money invested by advertisers goes to publishers and an average of 15% of programmatic investments evaporate within the value chain. It’s therefore becoming essential for all stakeholders to simplify their entire “acquisition path” in order to make programmatic more efficient and profitable.

This necessary evolution is made possible thanks to SPO, which simplifies the relationship between advertisers and publishers and highlights the most virtuous players. Although adopted primarily by DSPs, an effective SPO benefits both buyers and sellers. It allows DSPs to find the optimal path to display an impression (reducing measurement gaps and eliminating duplicate bids), and publishers to increase their revenues with higher CPMs.

A multiplication of paths

Publishers can easily call a large number of SSPs simultaneously, which are themselves connected to numerous partners. At first glance, this is an obvious yield gain for the publisher. But when you take a closer look, some of the preferred routes do not provide as much value as others. On the DSP side, it is not uncommon for platforms to bid for the same impression through different paths, thus encouraging duplicate bids.

But how do you know which way to go? This issue is at the heart of many buying strategies. As early as 2020, the IAB Europe published a study on the subject, arguing that nearly 87% of advertisers, agencies, and DSPs had already implemented, or were in the process of implementing, tools to optimize their SPO. These first steps, while necessary, are not enough: the market players need to think together about more transparent relationships in the long term.

Multiple tools, but no harmonization yet

The SPO is materialized through multiple tools and standards allowing to optimize costs and to identify the right media, according to the criteria defined by the advertiser (visibility, historical performance, geography…). Today, for the industry players, it is a question of defining, collectively, who will be the trusted third parties capable of objectively measuring the effectiveness of each tool.

It is the nature and transparency of the relationship between buyers and sellers that really needs to change. Publishers, SSPs, co-publishers, intermediaries, and buyers are called upon to forge solid and lasting partnerships in order to develop a clear vision of the costs invoiced by each player in the value chain and to determine the actual contribution of each.

Finally, with the obligation to calculate the carbon impact of digital campaigns for all companies with more than 500 employees in 2023, the implementation of an efficient SPOs becomes not only essential but urgent (check out the Green About Media podcast for insights into sustainable advertising). Reducing the number of intermediaries, eliminating unnecessary operations, making processes more fluid… all actions that would mechanically promote greater energy efficiency.

What is the future of programmatic? The question arises in a context in which investments fell by 5% in the first half of 2022, compared to the same period a year earlier. This slowdown can obviously be explained in part by the tense economic context. But, more fundamentally, programmatic must now improve its operating mode, simplify and make it more fluid. The urgency is both economic and ecological.