THE WHEELS OF THE PUBLISHERS TURN SLOWLY 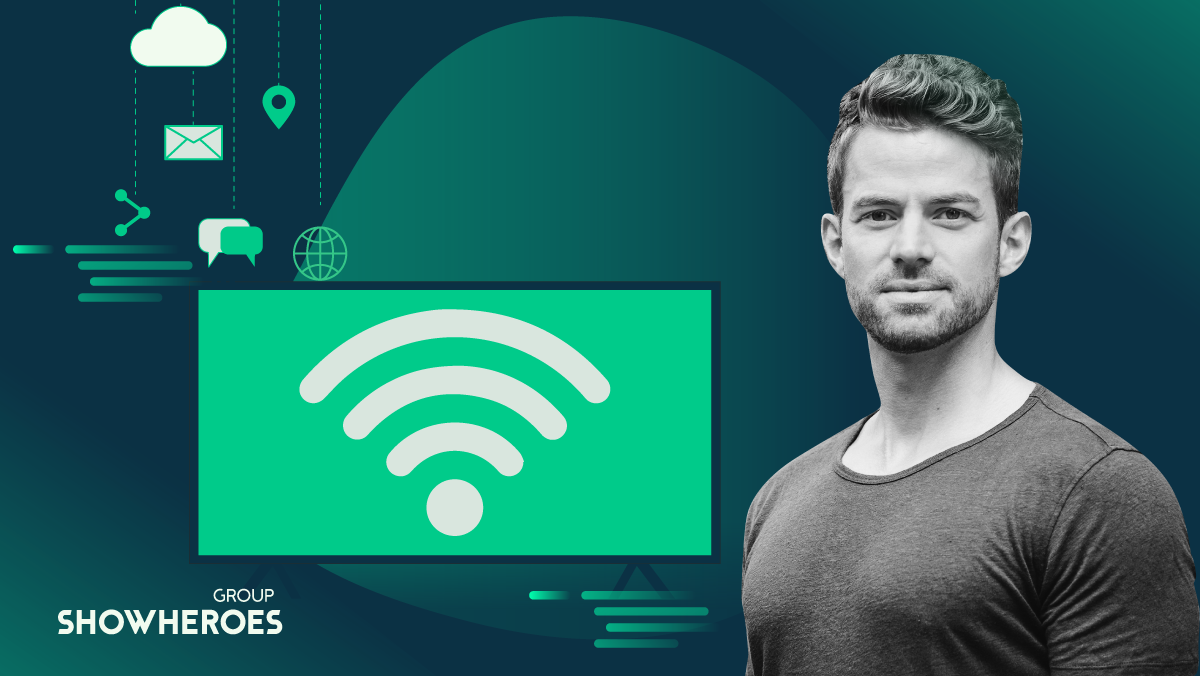 This article was first published in German on MEEDIA by Frank Puscher. Find the original article here.

Ilhan Zengin launched ShowHeroes five years ago to bring video advertising to the fore on both sides – publishers and brands. For brands it worked well, but for the publishers only partially. According to ShowHeroes, the company generates more than 60 million euros in revenue and employs more than 200 people.

Five years of ShowHeroes. How does it feel?

Excellent, business is great! It goes without saying that a lot has happened in these five years, most recently, for example, the acquisition of three companies and the founding of the ShowHeroes Group as an umbrella brand at the end of 2020. In contrast, the first three years as a startup were a roller coaster ride. There were moments of existential fear. But at the end, when everything works out and you get positive feedback, it’s a really good feeling. And the best thing is that all the customers we’ve worked with since day one are still working with us now.

How many Heroes are there now?

Is everyone located in Berlin, or how is that organized?

No. In Berlin there are only about 30. In Hamburg around 15 people. Then Düsseldorf and Frankfurt. And then the other European metropolises, such as Amsterdam, Paris, Vienna, Riga, Moscow, London and, via the acquisitions, Italy and Spain – i.e. primarily Milan, Florence and Madrid. In Europe, we occupy all the important core markets. Of course, this is mainly a digital business, so you could also set it up in a more centralized way, but if you’re not in the markets and speak their language, then you can’t be successful there.

How has market access changed? In the beginning, ShowHeroes benefited greatly from the fact that brands and agencies lacked know-how, especially when it came to video.

That still works, but our portfolio is much broader now. For publishers, we are the partner that delivers high-quality video content, which generates more engagement and increases time spent on site. In terms of working with brands, not much has changed. We make sure their videos get reach and use all available channels for that, whether programmatic or direct buying.

The issue of brand safety has become much more important, and that’s where we see one of our strengths. Reach, yes, but not at any price. The problem for brands is that many publishers have no video content at all – or only a little. So there is a lack of inventory. And that’s exactly our idea: We help publishers build more inventory in a scalable way, so that the reach can be marketed from day one.

It’s a tedious business with publishers, isn’t it? Their wheels turn slowly.

Sure. That’s why third-party vendors like us exist. You might think that big publishers are capable of managing and optimizing their own assets in a way that works well. But, unfortunately, the answer often is: that’s just not the case. It’s not just slow processes, but also political decisions that get in the way. We work with 30 developers on publisher issues. And we absolutely have to maintain that as an advantage. We will always be the service provider that helps publishers move forward in the right direction. Currently, we are doing a lot of consulting on the topics of consent management and cookieless targeting. We always have to be faster than the publishers themselves.

But a topic like consent is important for publishers across the board.

Sure! Of course they know it’s important, but they don’t know how it works. How is the consent string passed? What issues can occur? How must the systems along the value chain be configured so that everything runs smoothly?

What are the most common mistakes publishers make when it comes to technology?

It’s not necessarily individual mistakes. It’s the nature of the work structure. Many publishers are trapped in their silos. Usually it’s the triad between editorial, marketing and IT units, and you feel like everyone is following their own agenda. They don’t work together very well. In severe cases, even the incentivization of one silo goes against that of the other silos. So you’re not working on a common goal at all. Of course, as a service provider, you run into major obstacles when you are already further along with one unit and then a second one comes along which has a completely different agenda.

And this is not only the case in Germany. We experience similar things in England, France and Spain. In fact, everywhere.

Especially in the area of brand safety, this problem weighs heavily: If one part of the publishing company is remunerated according to what maximum reach is achieved, a topic like brand safety automatically takes a hit in terms of priorities.

But a lot has happened on the advertiser side…

Yes, definitely. We have more and more customers who are actually optimizing their creatives, not only in general, but also device-specifically. It’s nothing new that budgets are lagging far behind eyeballs, i.e. user behavior thinking about mobile, for example. But that’s changing right now. Video is primarily consumed on the smartphone and on social media, mobile-only is now understood by everyone, and now it’s all about multiscreen. Bumper ads are a good example. Two years ago, there was a briefing every six months. Now there’s one every day.

Even with the buzzword Connected TV, budgets are still lagging far behind.

Exactly. We can reach over 50 percent of all households in Europe via CTV. Budgets are miles away from that. Instead, the money continues to flow into linear TV, even though the young target groups are usually no longer reached there. It’s the same as with mobile – only five years later. In the U.S., like most of the time, the CTV space is growing quite a bit faster. But the trend is also arriving in Europe this year.

Do brands at least make a distinction between CTV and video in terms of creation?

No, but that would also be step two before step one. The big advantage of CTV is that you can play out all digital video advertising media via the VAST video standard. You don’t have to make any additional adjustments. This also fits in with the analogy to mobile. At first, desktop ads were played out. It’s not ideal, but it helps the market enormously. We get requests for CTV every day and these are never special assets. The first thing is to keep the entry barriers low. But clearly, that has to change in the long term. After all, the big screen opens up completely new creative possibilities.

Do we need to be prepared to skip Skippable Ads with the remote control?

I would say yes. People who use their YouTube app on their SmartTV already have to. And users like skippable. That’s self-determination from the user’s perspective. And it forces brands and their creatives to improve. That’s definitely coming.

Will we then also have to click away consent banners in larger numbers?

Good question. Yes, I think that’s coming, too. What the VAST standard doesn’t do well is ad verification by third parties, consent management, etc. Currently, you either issue a consent for everything via the provider of a set-top box, a smart TV or a console. Or it is done via the individual apps. The privacy issue is massively underrepresented there. Currently, this is still the Wild West.

What role will Sony and Samsung play as the biggest gatekeepers in the long run?

We are working together with Samsung. TVPlus is a classic OTT (over the top) application. Samsung is simply the publisher there. That’s an exciting new role for a technology company. They’ve created their own platform that they can market. The problem for Samsung is that the content from Amazon, Netflix or Disney is so strong, but they can’t make money from it. Samsung cannot do without the apps. A classic commission model doesn’t work there.

What does work, however, is a curated model. And that’s what they do with TVPlus. This is basically a counterpart to Yahoo! in the past. Good content is promoted and money is paid for it. That’s clever. Currently, Samsung has more of a marketing problem. They have more reach than customers.

And in these segments, context targeting will also experience a renaissance.

Clearly. Contextual advertising has also become significantly better. And companies will see that the advertising impact is rarely worse, often even better. Because let’s not fool ourselves: Even targeting on 3rd party data has so many probabilistic elements. After all, it’s never been entirely accurate. With the exception of retargeting. Context is more honest, more comprehensible to the customer. That’s a good thing. It also serves the need for brand safety.

The ID solutions are just an attempt to reproduce on a 1:1 basis with another method what was previously done with cookies. And you have to ask yourself whether this is what the legislator – and the users – want. The solution to the problem must not be to create another form of the problem. There is a certain irony in that.

Has context become better than it was five years ago?

Yes, definitely. Semantic has been around for ten years and more, but it’s getting better. For example, what we understand today is that users use and perceive the same content differently in different situations. So it’s not just the substantive context that’s interesting, but also the situational context. We can now form semantic target groups. So we know with a high degree of probability that certain people have seen a certain commercial. And marketers can build upon this knowledge. This does not require any personal user data at all.

From a technical point of view, what Google is presenting us with is an exciting challenge. Perhaps they have done the entire advertising industry a favor.