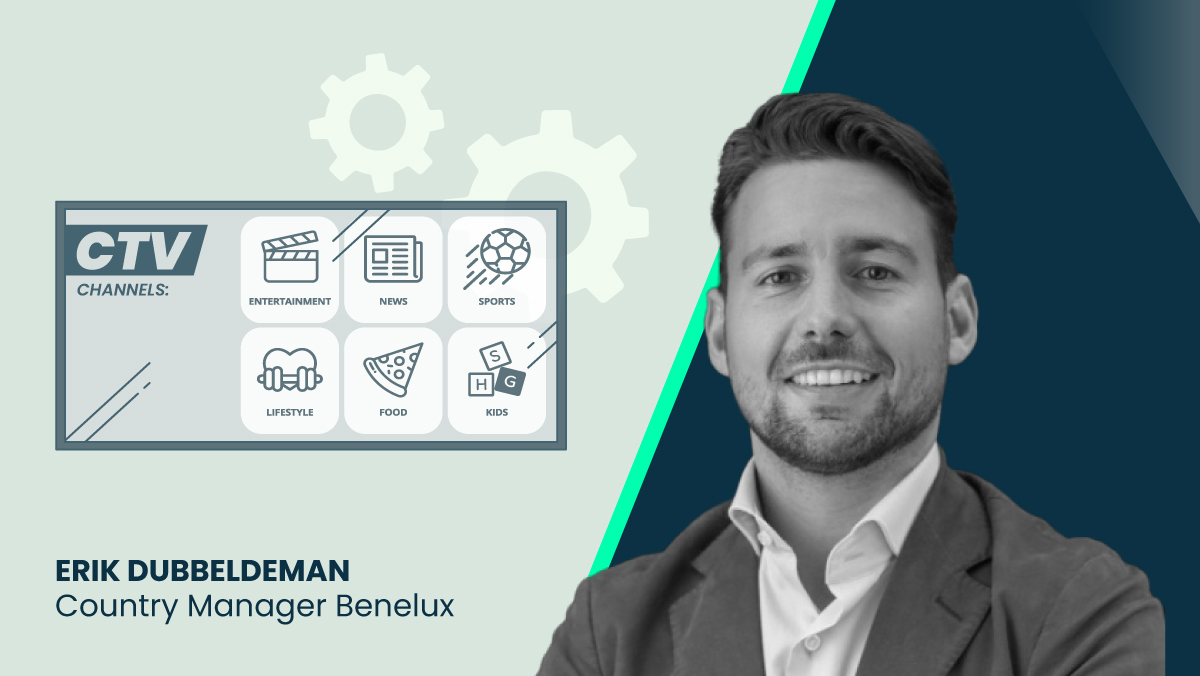 Connected TV (CTV) campaigns: We’ve been talking, writing and reading about it for years, but in practice we don’t often see it (successfully) yet. A missed opportunity, if you ask me, because the (technical) capabilities are there and the potential is enormous. G-Star took the chance with it’s Hardcore Denim campaign and realized a 30% higher ad recall compared to programmatic video and YouTube.

Before I share with you the set-up and results of this campaign, I want to clarify the terminology. There is still confusion in the market about the terms, which are really widely used. A short but powerful list of definitions:

Connected TV is watching video content on demand via an Internet connection on a large screen, for example on the ‘normal TV in the living room.

Programmatic Connected TV is the automated buying of online video ad inventory that is primarily viewed on a digital (large) screen with an internet connection.

Addressable TV is targeted/personalized advertising within the linear broadcast schedule of a broadcaster.

Ad insertion and ad replacement is literally the “real-time” replacement of an ad in a linear stream with another ad.

With their recent Hardcore Denim campaign, G-Star specifically wanted to increase brand awareness and recognition. The target group of the campaign consisted of consumers between 18-49 years old who seek entertainment, love the nightlife and are physically active. YouTube played an important role in the campaign, but unlike previous campaigns, this time G-Star deliberately chose to also use programmatic video advertising in Germany, the Netherlands and Belgium. In Germany, the campaign was even further expanded with the use of Programmatic Connected TV.

For both the programmatic campaign in the three different countries and the CTV campaign in Germany, G-Star only focused on premium inventory to which specific targeting layers were added (age, interests, nightlife and being physically active).

The goal of the campaign was to create more brand awareness. By default, the most important KPIs for G-Star are: eCPM and the viewership ratio. Since this campaign used programmatic video and CTV in addition to YouTube, the company added an additional KPI: ad recall. The results are impressive:

By expanding the online video campaign with programmatic and CTV, and of course by using premium inventory and a specific target group, this campaign led to a 30% higher ad recall. Partly thanks to the use of CTV, G-Star managed to reach over 6,600,000 unique users, with only a 3% overlap in unique reach between YouTube and programmatic video deployment.

An international reach from the Netherlands

Not only are the results striking, so is the sourcing of the campaign. In general, the Netherlands’ share of European planned media campaigns is limited compared to, for example, France, Germany and Italy. But as more and more companies settle in the Netherlands, partly due to Brexit, the role of the Dutch market is increasingly shifting to a European hub. As a result, there is a clear increase in international media campaigns set up from the Netherlands. Like this European programmatic TV campaign from G-Star was set up in the Netherlands through a local media agency, but within the international ShowHeroes network. And that based on premium inventory and with specific targeting.

Especially the extremely low overlap between the use of YouTube and programmatic CTV proves that CTV enables brands to reach the target audience on different devices very easily and, above all, very successfully. G-Star has therefore already announced to set up a similar campaign in the first quarter of this year, but to significantly increase the budgets for it. Who will follow?

This article was first published on EMERCE by Erik Dubbeldeman. Find the original article here.