"80% OF GLOBAL INTERNET TRAFFIC WILL COME FROM VIDEO BY THE END OF NEXT YEAR," I. ZENGIN (SHOWHEROES GROUP) 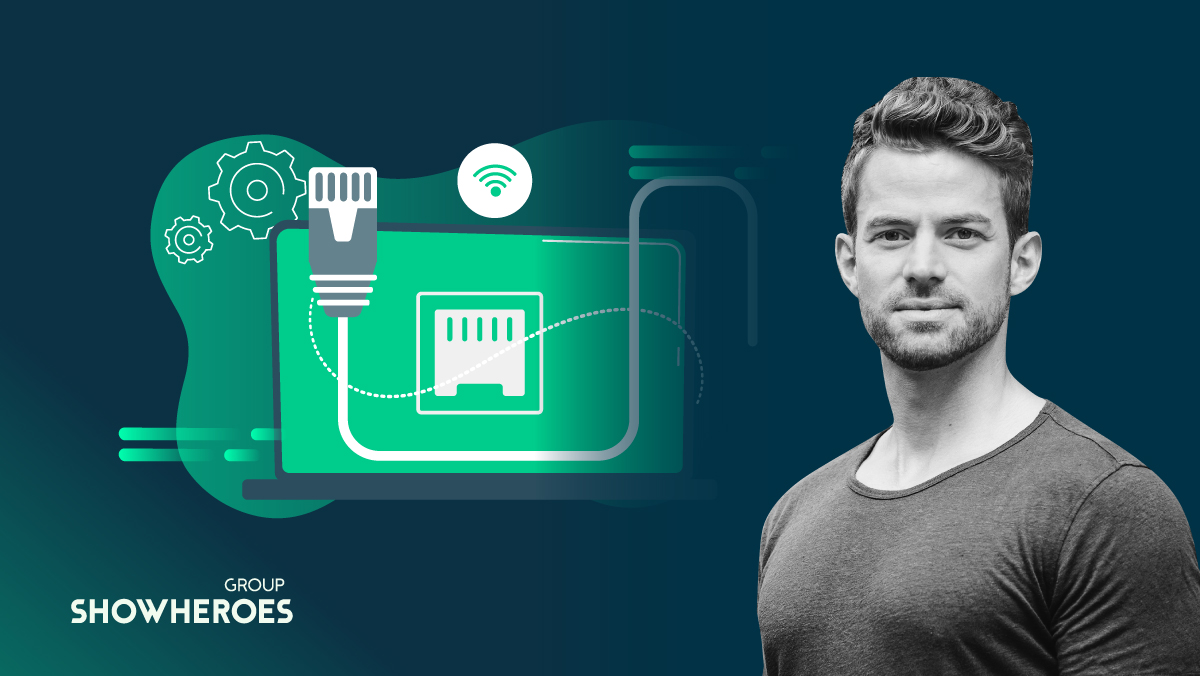 This article was first published on MarketingDirecto.com by Javier Piedrahita. Find the original article in Spanish here.

MarketingDirecto spoke with the ShowHeroes Group team about the company’s arrival in Spain and the growth expected for digital video in the new year.

Online video has achieved great prominence in recent years within the marketing and advertising industry. So much that, according to the annual report of the IAB “Top digital trends 2021”, this format will be key this year in the fight against advertising saturation, integrating the brand, with content coming from connected TV environments.

The acceleration of digitization and increased consumption of video content implies that this format will bet on innovation and technology to adapt to the new needs of customers. For this reason, MarketingDirecto.com talked to ShowHeroes Group, the leading digital video company in Europe for brands and publishers.

Its proprietary platform has a library of thousands of video clips, an efficient content management system, a modern video player, cutting-edge advertising technology and a detailed reporting system for publishers and advertisers, making it the best partner for advertisers. In addition, following its entry into the French and Dutch markets in 2020 and the acquisition of Viralize last December, ShowHeroes Group is accelerating its expansion in Europe. On these issues and to discover what are the main challenges and advantages facing video in the new year, we spoke with IIhan Zengin, CEO of ShowHeroes Group, and Cayetano Chimeno, Country Manager of ShowHeroes Group Spain.

"With the launch of Showheroes Group, we are combining the expertise, our subsidiaries and the various business units under one brand,"

says Zengin about the company’s landing in the Spanish market, in addition to the launch of ShowHeroes Studios to carry out the production of assets and content.

On the rapid growth the company has achieved, Zengin points out that, despite 2020 being a difficult year for the industry, Showheroes increased its revenues fivefold and recruited more than 100 new “heroes”.

Following the company’s success in France and the Netherlands, Zengin stresses that Viralize joining its brand group is an important step in this journey, and will expand its activities to the Italian and Spanish markets. “With the latest M&A deals and new product lines, it made sense to be more than just a “simple” video vendor. As a group we are ready to tackle segments within media that we didn’t necessarily do at the beginning with ShowHeroes. Now, this umbrella brand offers the opportunity to incorporate new products without undermining the core of the existing brand,” says ShowHeroes Group’s CEO.

There is still a huge shortage in the digital media landscape

The growth that video has been experiencing over the past few years is unstoppable; and with it, so is its competition. On what factors make the company better than its competitors, Zengin explains that there is no secret beyond a combination of different elements that work well. “One of our strengths is producing our own video content on all devices, because there is still a huge shortage in the digital media landscape. In addition, we provide our clients with our own video playback technology and cookie-free semantic targeting,” he explains.

On the publisher side, there is still not enough inventory of high-quality video

Regarding the current position of publishers and advertisers, and what are the main challenges that each of them must face at the moment, Zengin points out that, on the publishers’ side, there is still not enough inventory of high quality videos, with strong engagement and a high level of brand safety. On the challenges, the expert points to the need for publishers to have enough content and technology to connect with consumers, as around 80% of global internet traffic will come from video by the end of next year.

On the side of advertisers, Zengin points out that they are constantly looking for touchpoints to achieve greater reach and increase their digital audience; not only at scale, but also in a brand safe and sustainable environment. In this sense, the expert says, social networks and platforms like YouTube answer many questions, but lack transparency, so, for him, the challenge here is in the combination of relevant and quality video content.

Following Piedrahita’s interest in what the possibility of leading the ShowHeroes project for Spain means for Chimeno, the company’s Country Manager explained that we have lived through a 2020 with a lot of contraction and struggle to maintain the established, and that the fact that ShowHeroes has crossed his path is something he takes with great enthusiasm and motivation: “It is a joy to lead a European project in Spain with sufficient investment to launch a product that presents an innovative proposal for the market, in the most booming format there is, digital video“.

How is digital video advertising planned and bought in Spain, Piedrahita wanted to know, “There are no major differences between the Spanish market compared to other markets in the mechanics, although it is still a step behind in percentage of investment,” replied Chimeno, to which he added: “There is still a long way to go in terms of growth. In planning, we have found that there are four channels in which people tend to invest recurrently: Facebook and YouTube, as more social channels, on the other hand, there is little Instream video inventory, mainly in the hands of broadcasters and, finally, the Outstream, which many advertisers consider more intrusive for the user”.

As new developments in video in the last year, Chimeno highlights connected TV, although he considers that it has not reached a sufficient inventory to derive a large amount of investment in it.

Regarding the trajectory that the company has had in Spain and the added value that ShowHeroes offers to advertisers and agencies in Spain, Chimeno tells that Viralize landed in the Spanish market a year ago, with a proposal mainly based on Outstream. “We have found a very saturated market, with many established players and a situation in which supply exceeds demand. This saturation leads the market to a price struggle, and not even a price reduction helps to enter an outstream market where prices are already low,” he says. To deal with this situation, ShowHeroes has decided to go for creativity and innovation by offering interactive video formats, which has helped them to start working with all the agencies and establish a base in Spain.

On the other hand, the expert explains that, within the company, they observe that advertisers are increasingly demanding more novelties because they have been working on the same channels for several years. Therefore, ShowHeroes will offer a fifth channel that will consist of attracting those audiences that were previously only reached with outstream video, within a brand safety environment, with an alignment between text content, video content and advertising, as well as a cost-effective system.

As major trends for 2021, Zengin predicts that “there will be more short-form content and ads. Ad bumpers, for example, have become much more popular in 2020. In general, mobile content will increase, so mobile video is a trend. At the same time, 5G will allow more long-form content to be consumed on mobile devices in video-on-demand style, and analogous to CTV or OTT, this will certainly become a bigger trend as well,” the expert predicts.

Finally, Chimeno shared the roadmap for the launch of ShowHeroes in Spain, which highlights the incorporation of some new recruits to the company, such as Jesline Rasanayagam, who has a very successful track record in international projects such as Ogury and Ligatus, or Gema Martín, who has an incredible background in publishers such as Grupo Prisa and international technology companies like Verizon, AOL, Yahoo!, oder or Microsoft, and who will help implement the company’s products in publishers. “After a full implementation in Europe, we believe that Spain is the main gateway for business in Latin America, where users are still more interested in editorial video content. Undoubtedly, having a complete library of Spanish-language entertainment videos, which are complementary to those of news agency videos, will be a great asset to undertake this movement,” concludes Chimeno.